What is Blastocyst culture IVF? 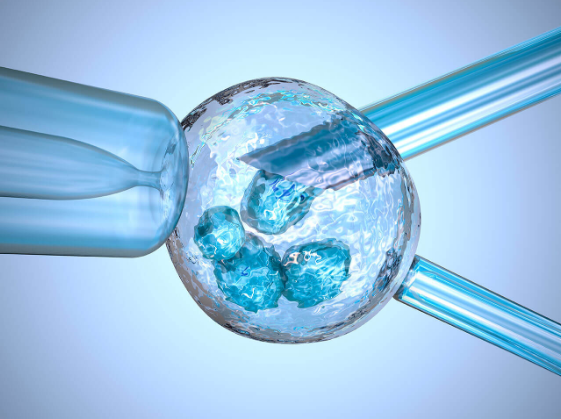 The main goal of the blastocyst in IVF is to select the highest quality embryo and reduce multiple pregnancies.

This article will discuss blastocyst culture, its advantages, and its outcome. Dr. Hrishikesh Pai from Babies & Us Fertility IVF & ICSI Center, which is acclaimed to be one of the top IVF centers in Mumbai. Dr. Hrishikesh Pai is a fertility specialist par excellence. He is well-respected and recognized not only in India but around the world.

The article will give you a brief and detailed overview about blastocyst culture, so read on to know more.

What is blastocyst culture?

Dr. Hrishikesh Pai, from Babies & Us IVF and ICSI Center, one of the best IVF Hospitals in India says, Grading blastocyst varies as IVF centers use different grading scales, below we’ll see the most common grading scale used for blastocyst culture.

Sizes of blastocysts are classified on a scale of 1 to 6. Early blastocysts are categorized as 1 or 2 because they have fewer cells (see the pic above.) They are not assigned letter grades like the more advanced blastocysts are because they contain fewer cells and a poorly defined inner cell mass and trophectoderm (see below). Extension grades for blastocysts further along in development range from 3 to 6, where 6 denotes an embryo that has fully emerged from the zona pellucida (shell).

The inner cell mass represents the group of cells that will eventually develop into the fetus or baby. This collection of cells is divided into an A, B, or C letter grade. The best grades are A and B, which show a majority of cells with perfect appearances. As a result, only cells classified A or B are chosen for cryopreservation. C letter grade cells are not chosen as they are found to be flawed or imperfect.

The trophectoderm represents the collection of cells that will become the placenta and are responsible for the initial invasion and implantation of the embryo into the uterine lining. These cells are also classified into grades A,B and C.

Although embryos are given grades to indicate their developmental stage, it’s vital to remember that the grade doesn’t always accurately represent an embryo’s potential. Particularly, some embryos don’t perform well but commonly give birth to lovely children. The number of embryos to transfer is decided by embryo grading. Remember that rating embryos are subjective and that different IVF facilities may use different grading scales, says Dr. Hrishikesh Pai from Babies & Us Fertility IVF & ICSI Center, one of the best IVF centers in India.

In the early days of IVF, doctors often transferred a number of embryos into the uterus to allow for the ones that wouldn’t develop successfully, and this resulted in multiple births for some women. Most importantly, with blastocyst culture, as we are being more selective in our choice of embryo, we can confidently transfer fewer, often single embryos, and avoid multiple pregnancies, says Dr. Hrishikesh Pai, from Babies & Us IVF and ICSI Center, one of the best IVF centers in Mumbai.

Embryos were typically replaced in the uterus after just two or three days of development, at the point known as the “cleavage phases,” when they typically consist of two to eight cells.

Scientists can examine embryo development for a longer period of time by extending the embryo culture to five or six days. It is totally normal for only certain embryos to advance and develop to form a blastocyst during these extra couple of days. Because blastocysts are a more exclusive group, they have a higher chance of developing into a pregnancy than embryos at earlier cleavage stages.

It is also thought that transferring an embryo into the uterus at the blastocyst stage may improve its chance of implanting because we are getting the timing right. The blastocyst is the stage of development that would normally be in the uterus, ready to implant. On the other hand, cleavage stage embryos would normally be in the fallopian tube, so when we put them back into the uterus, they have to hang around for a couple of days before they can implant.

If you are residing in Mumbai and are looking forward to getting an IVF treatment, then you can visit Babies & Us Fertility IVF & ICSI Centre, which is one of the top IVF centers in Mumbai.