Why You Should Know Your Astrological Big Three 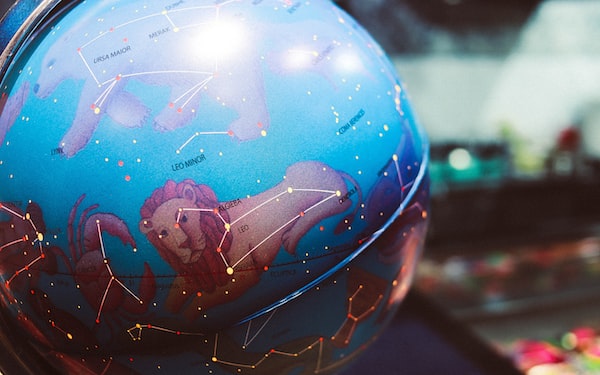 Astrology is the study of the movements and relative positions of celestial objects as they relate to human affairs and terrestrial events. Astrologers believe that the alignment of celestial bodies at the time of someone’s birth can affect their personality, their future, and even their health. Astrology has been around for thousands of years, and there are countless different schools of thought when it comes to the practice. Generally, astrological predictions are based on your big three signs. However, many people don’t even know what signs make up the big three or how they can learn more about their natal chart. If you’re interested, read on to find out why you should know your astrological big three.

Why should you know your astrological big three?

In astrology, your big three are your sun, moon, and rising signs. If you want to figure out which signs you’re represented by, you should try using a sun moon rising sign calculator. All you need is some basic information like your place and time of birth and you can generate a natal chart that has a wealth of information about your zodiacal history. There are many things that can be determined from your natal chart, but your sun, moon, and rising signs are some of the most important.

If you don’t know the difference between these three signs, don’t worry, it’s simple. Your sun sign is the sign that the sun was in at the time of your birth, while your moon sign is the sign that the moon was in when you were born. Your rising sign is also known as your ascendant sign, which is determined by which sign was ascending during your birth. The sun sign represents your basic personality. The moon sign affects your emotions and subconscious mind. The rising sign is indicative of your appearance and how you come across to others.

Your big three signs can give you insight into your personality and general disposition. Additionally, it can help you to better understand yourself and others, and even provide perspective on romantic relationships. Each zodiac sign has unique qualities and characteristics that set it apart from the others. For example, those who are ruled by the sign of Cancer are typically creative and intuitive, while those who are governed by the sign of Aries are typically energetic and assertive.

What is the history of astrology?

The history of astrology is a long and complex one, dating back thousands of years. The first recorded use of the practice is from the Mesopotamia, where it was used to predict the movements of the planets and to understand the influence of the stars on human affairs. There are many different theories about how astrology began, but most people believe that it evolved from the practice of observing the movements of the sun, moon, and planets. Over time, people began to associate these movements with certain qualities and characteristics, and they began to use this information to make predictions about the future.

The history of astrological research is intimately intertwined with the history of astronomy, which is itself a branch of mathematics. Astrology is often considered to have originated in the ancient Near East, but there is evidence that it was practiced in ancient Greece as well. In fact, much of the modern zodiac is derived from Greek civilization. Tetrabiblos, written by the Greek mathematician and astrologer Ptolemy in the 2nd century AD, is one of the foundational texts in astrology. In it, Ptolemy discusses the astrological signs, planets, and houses. Tetrabiblos is still studied and used by astrologers today.

The basic premise of astrology is that the celestial objects in the sky exert power over the lives of humans and that the positions of these objects at the time of a person’s birth can reveal key information about that person’s character, personality, and destiny. The effect that the stars have on you is determined by your sun, moon, and rising signs. Of course, there are many other factors that contribute to your personality, but learning about your big three is a good place to start. It’s easy enough to create a birth chart, so why not take the time to uncover a little more about your astrological background?