Understanding the Image Masking process inside and out 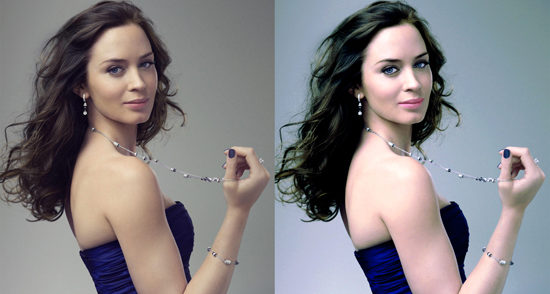 If you want to be successful in the area of picture editing, you need to be familiar with the differences between clipping paths and masking.

Photographs published in magazines are expected to be stunning, evident, and sometimes artistic. The Photoshop Clipping Path tool, Image Masking, and other comparable tools are used in order to achieve these goals.

Photos that have been enhanced using these techniques have an artistic quality that makes them stand out and seem more attractive. The image editing techniques of image masking and clipping pathways are two of the most useful and critical tools available.

The subject of an image may be isolated from its backdrop using these techniques, and any undesired elements can also be eliminated.

If they both accomplish the same goal, one could wonder why there is a need for both of these tactics in the first place.

Although the tasks of image masking service and clipping are the same, the contexts in which they are performed are different. The difference between a clipping path and a mask will be discussed in this article.

Image masking is a method that may be used to eliminate the backdrop from photos of subjects that have fuzzy edges, such as hair, wool, or fur.

Image masking is a technique that can be used. It hides some aspects of a picture in order to highlight others. This approach of picture modification is not damaging in any way.

In general, this form of picture modification is more inventive and productive than others.

Changing the visibility of a single layer in an image file may be accomplished with the use of a tool called a layer mask in Adobe Photoshop.

The layer mask of an image file has the ability to obscure certain parts of the layer that is chosen. By applying the brush tool to bring attention to certain aspects of the photo layer, it brings into view more portions of the layer.

It does this by having one layer influence the discernability or clarity of another layer. To adjust the level of transparency of the layer on top, we may apply a clipping mask to the layer that is underneath it.

The process of alpha channel masking is very similar to the process of layer masking, which is used to separate pictures. Because it is of a more manageable size, the process of downloading or uploading it will be easier for you.

The masking method known as alpha channel masking operates at the pixel level. It is not the color of the picture that is shown, but rather its shape.

The practice of altering photographs is widespread in the field of photography. Do you want to make a model’s color different from its default?

You may make the area visible by making a mask of it, and then you can begin playing with color, changing the shade, fixing the contrast, or doing anything else that you desire.

You will receive a significant amount of experience if you remove or replace the context of an item that has a translucent appearance.

In Photoshop, the process of erasing the backdrop of a picture with blurred borders and hair whack is accomplished by using a tool called an image mask.

By using the picture masking method, we are able to delete or get rid of the remaining parts of the photographs.

Clipping path methods cannot be used to remove the background from a picture that contains a soft element like human hair, fragile cloth, or a doll because these types of elements are too delicate.

You are going to need to make use of an image mask here.

Putting together picture collections for use in collages is no longer a difficult undertaking. Utilizing an image as a mask throughout this process results in a far more streamlined and straightforward end result.

You may easily create one-of-a-kind effects by making use of a variety of images and spreading masks over them. To achieve the smoothest possible transition, anybody might have done the job by using the usage of soft brushes and gray gradients.

In picture editing services, image masking and clipping pathways are both very important features. Both of these Photoshop approaches are accessible to a significant number of site designers and picture editors.

Depending on the requirements of your customer and the way you want to see the pictures, you have a variety of options available to you for improving the overall quality of your photographs.