Cats Are Also Susceptible to Heartworm, but Dogs Have It Worse

By Rabbi it firmDecember 2, 2022No Comments5 Mins Read 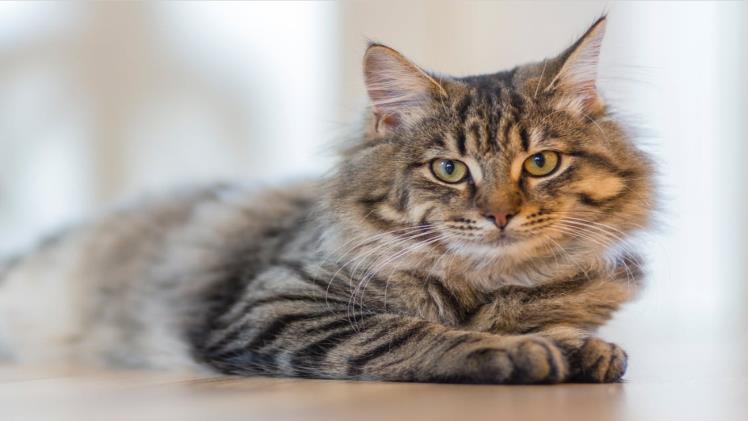 Heartworm is a serious disease that affects canines and felines. A parasite called Dirofilaria immitis, transmitted by mosquitoes, causes heartworm in pets and humans.

In dogs, heartworms live on the right side of the heart and pulmonary arteries. Cats have less severe clinical signs than dogs when infected with this parasite. She will probably have mild symptoms compared to what a dog would experience.

Heartworms mostly affect dogs, with a low rate of prevalence in cats.

Heartworms are a parasite that can infect dogs and cats. But the prevalence rate in cats is just about 0.4%, according to a survey conducted by the American Veterinary Medical Association.   Hence, cats are less susceptible to heartworm than dogs. If your cat does get heartworm, he or she will probably have mild symptoms compared to what a dog would experience.

Cats are not as likely to develop heartworm if they live indoors or receive preventive medication every three months from their veterinarian. However, if your cat contracts this disease, taking preventative measures will be important to prevent further damage or complications.

Symptoms of Heartworm in Dogs

Symptoms of heartworm include coughing, fatigue, lethargy, and weight loss. While this may sound like other diseases, such as kennel cough or asthma, some tell-tale signs will help you know if your pet has been infected with the parasite:

Is There a Treatment for Heartworms in Dogs?

The cure for heartworms in dogs is lengthy and expensive, but worst, it is extremely painful for the dog. Thankfully, heartworm larvae can be controlled with medication. The medications are easy to give your dog because they don’t have a bad taste and are small enough that you don’t have to cut them into pieces first. There are a lot of heartworm preventives available in the market.

Pet parents and vets highly recommend medicines like Advantage Multi, Tri-Heart Plus, and Heartgard Plus Chewables for Dogs. You can get any that best suits your pet’s health condition based on the vet’s recommendation.

Symptoms in Cats Are Often Mild and Attributed to Other Things, so a Diagnosis Is Overlooked.

A diagnosis of heartworm disease in cats can be very difficult to detect, as it’s not always fatal. And symptoms are often attributed to other ailments. For example, suppose a cat has an irregular heartbeat or difficulty breathing. The vet may prescribe medication for these conditions without realizing that heartworms could also cause them.

Cats are less likely to develop heartworm disease than dogs. This is due to several factors:

Symptoms of Heartworm in Cats

How Is Heartworm Treated in Cats

Heartworm treatment in cats is very similar to the treatment of heartworm in dogs. The cat must be tested for the presence of heartworms before administering any medication.

This is done by examining a blood sample for microfilariae, immature forms of heartworm that will not appear on a regular blood test. If your cat has been exposed to mosquitoes or has lived with an infected dog, he may have been exposed to heartworms, even if he doesn’t have any symptoms yet.

Once you know your pet has been exposed, you will need to treat him immediately with several pills or injections over several months. At this point, it’s important not only that you know if your pet has been infected but also whether or not he is positive for Feline Immunodeficiency Virus (FIV). If so, you’ll have to take extra precautions while administering treatment so as not to cause further damage while ensuring all traces are cleared up completely.

According to a research article published in Today’s Veterinary Practice, around 1.1 million dogs are estimated to be infected with heartworm in 2019. Heartworm disease is a serious condition that affects dogs and cats, but it’s not something to worry about. If your pet has been diagnosed with heartworm disease, work with your veterinarian on the best treatment.

Looking for Indications if Your Dog has Ticks? These Could be The Symptoms

Why does a pet need proper care and wholesale pet care products?

Wood floor refinishing services in Fredericksburg VA can even prevent injuries to pets!